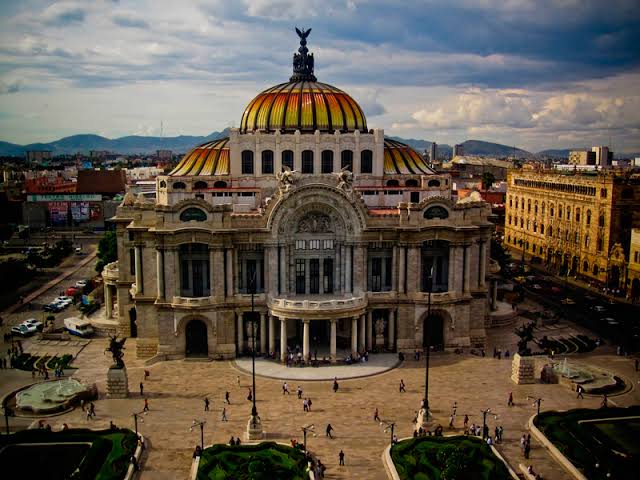 Mexico City, the most populated Spanish-speaking city in the world, is also one of the most important tourist destinations in the region and the continent. Visiting its metropolitan area, inhabited by more than 20 million people, is an unforgettable experience that should take a few days to be taken advantage of to the maximum.

There are many places to visit, hundreds of attractions to visit and countless options for almost all tastes. As describing them all would be an endless task, here we recommend some of the best:

A large part of Mexico’s history is concentrated here, embodied in colonial buildings, museums of culture and art, headquarters of important state agencies and plazas that have witnessed the most unlikely situations.

One of the most important visits is to the Zócalo or Plaza de la Constitución, which was built during the conquest of what was once the Templo Mayor de los Mexicas. In its surroundings are important tourist sites, such as the Metropolitan Cathedral or the National Palace.

As you continue walking its streets you will reach places such as the majestic Palacio de Bellas Artes, the Museo Nacional de Arte, the Museo Mural Diego Rivera, the Casa de los Azulejos and several colonial churches.

This avenue, almost 15km long, crosses a good stretch of the city between nature and fascinating cultural and historical attractions. One of the most important, which has become an icon of Mexico City around the world, is the Angel of Independence.

This imposing monument, which can be seen from various parts of the city, is just over a century old and is located in a roundabout surrounded by Mexico’s overwhelming traffic.

During the tour you will also come across the National Museum of Anthropology, which recapitulates the ancestral history of the peoples of Mesoamerica through an impressive collection, accompanied by research projects that continue to amaze the region.

Along the route, which can be done by bicycle, there are more roundabouts, monuments and tourist sites that will take you to know better and value even more the dynamics of the city and the country.

Located in the geographic center of Mexico City, Coyoacán is one of the most important delegations of the city in tourist, cultural, academic and historical aspects.

For example, here is the main campus of the renowned National Autonomous University of Mexico, whose facilities have been declared Cultural Heritage of Humanity and offer various activities related to academia, arts and sports.

In addition, this neighborhood is also home to one of the main D.F. visitor sites: the Frida Kahlo Museum, also known as “la casa azul,” where the life and history of the controversial Mexican artist, as well as several of her works, are thoroughly known.

Other important attractions of this area are the Coyoacán Nursery, a large park that houses several species of flora for reforestation and conservation purposes, and the old ceremonial center Copilco, recommended for those who enjoy archaeology.

In this extensive area of the capital coexist 14 native peoples of the country, so visiting it is to delve into the roots of Mexico and its wonderful cultural manifestations.

The Xochimilco Ecological Park is the main tourist attraction and in its surroundings are the famous “chinampas”, an ancestral cultivation mechanism that is still used in some of the country’s lakes. In addition, during the walk by the lake in trajineras, a stop is made to the mysterious Island of the Dolls, where lives a man who hung these toys of the trees to protect himself of the bad spirits.

Another visit that attracts thousands of tourists every year is the Dolores Olmedo Museum, which houses mainly works by Frida Kahlo and Diego Rivera while their patios are filled with peacocks and xoloitzcuintles, those curious dogs without hair or bark, originally from Mexico.

Here you can also find the Archaeological Museum of Xochimilco and the National School of Plastic Arts of the UNAM, with libraries and exhibitions open to the public.

Less history and culture, more movement and art; that is, one of the urban spaces in which the dynamics of tourists and citizens intermingle between color and avant-garde. After visiting historical buildings, parks and museums, getting to know in depth the history of Mexico and its admirable towns, it is necessary to give oneself a day of rest with more relaxed activities.

La Condesa is very close to the center of the city, and has become one of the most important areas of development thanks to the wide range of services it covers. Its architecture is an attraction in itself, since several personalities of the country have lived here and it is now home to a young population that has merged the existing with new ideas.

In addition, you can visit its parks, cafes, libraries, shopping malls, restaurants or discotheques, and spend the day watching while enjoying good food, a concert or a play.

Would you like to experience this wonderful city for yourself? Find cheap flights to Mexico City with Viajala.